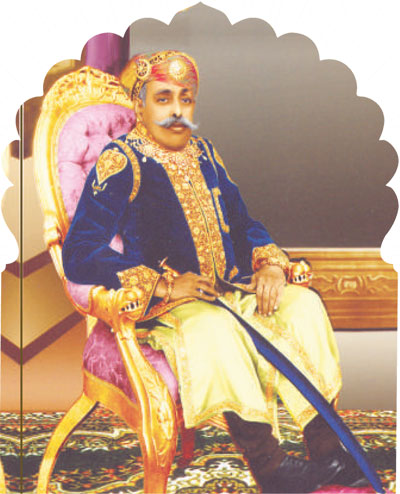 The Bhupal Nobles' University has been constituted as per the approval of the Rajasthan Legislative Assembly under the University Act no. 23 of 2015. This University is sponsored by Vidya Pracharini Sabha which was established in 1923 and is one of the oldest credible educational societies in the country. It saw the light of dawn on 02 January, 1923 with two pupils and a primary school teacher. Ever since then, it has never looked back. In 1923, it was by the blessings of its Prime Deity Eklingnath and under the patronage of the prince, and later, the 75th Maharana of Mewar, the first Rajpramukh of the Republic of India, Shri Bhupal Singhji that the two devotees of education and learning, Mamaji Maharaj Aman Singhji of Ralawat and Rao Bahadur Thakur Raj Singhji of Bedla, on the advice of Pandit Dharm Narayanji, initiated this institution as a Primary School (Court of Wards' School). In 1929, this school was upgraded to Bhupal Nobles' High School.

In 1954, the school was upgraded to an Intermediate College thereby acquiring the name of Bhupal Nobles' College. This college was later upgraded to a Postgraduate College. Bhupal Nobles' P.G. College has today become one of the most reputed colleges of the state along with being accredited “A” grade by the NAAC-UGC, Bangalore.

Established in 1967, Pratap Shodh Pratishthan has today come up as one of the most prestigious research oriented organizations having a rich collection of manuscript, Pattaparvana, Bahide, Settlement records etc. which are a treasure providing various historic dimensions to scholars pursuing research in these areas.

The year 1995 holds a remarkable place in the history of this educational society as its members took an astounding initiation – the decision to establish a college exclusively for girls. Today the Bhupal Nobles' Post Graduate Girls' College has become an apogee of women education and the most renowned girls' college in the state. Yet another milestone was achieved with the opening up of Bhupal Nobles' College of Law in the year 2003. 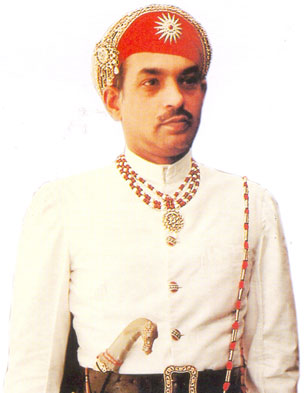 Moving ahead on its path to spread the light of knowledge, the Vidya Pracharini Sabha took the torch of education outside its campus to the holy land of Dwarikadeesh by coming up with yet another college for girls the Bhupal Nobles' Post Graduate Girls' College, at Rajsamand in 2006. The Vidya Pracharini Sabha is well aware of its duties towards the community at large and in its earnest to fulfill it, a college has been established in 2011 at Salumbar. Bhupal Nobles' Girls' College, Salumbar has been opened with the conscientious purpose of providing quality education to girls of this tribal belt of Salumbar. And now is the proud moment for all the members of the Vidya Pracharini Sabha and the staff members of the Bhupal Nobles' fraternity as the 'giant leap' has been taken by the establishment of Bhupal Nobles' University. Through this University we once again pledge to synergistically work hard as one of the finest and most effective provider of education. Its mission is to contribute and work with a sense of commitment towards the educational, cultural, economical, environmental, health and social advancement of the region and the nation at large by providing excellent, liberal and quality programmes leading to the creation of Bachelors, Masters, Professionals and Researchers. We, at Bhupal Nobles' University are all set to meet the challenges of the present knowledge era. We are therefore commited to inculcate and sustain quality in all the dimensions of higher education which are teaching, learning, research, extension, and governance while catering to the regional and global needs.

We created a history

We can not find any other educational institution in the country which has transformed itself from primary school to the university. The growth speaks of the commitment, loyalty and sacrifices made by our older generations.